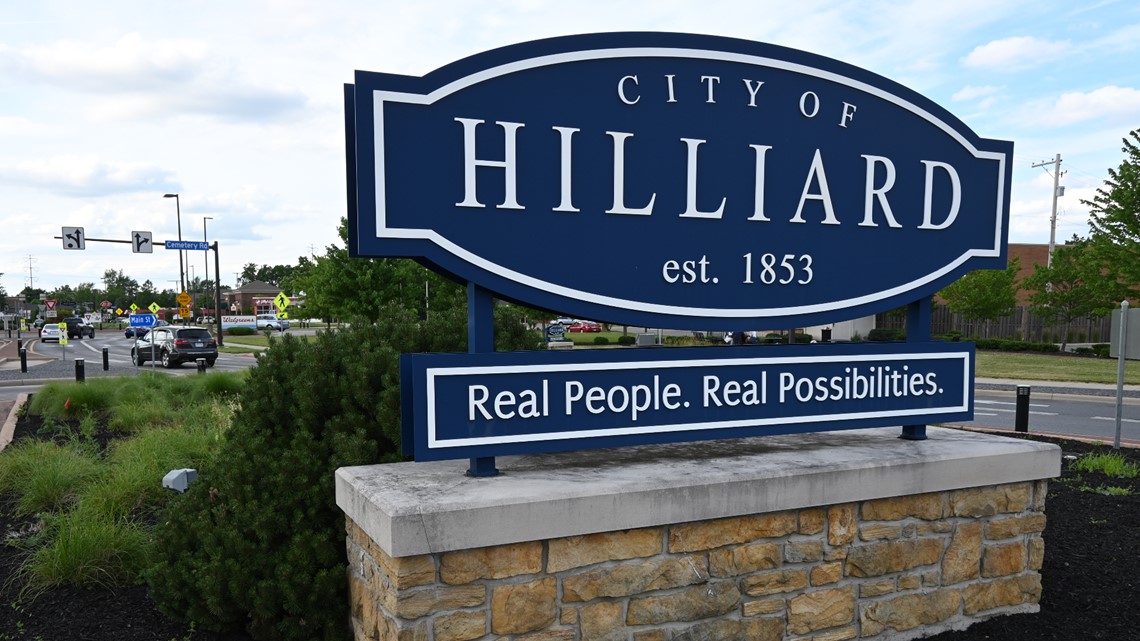 ocated just 13 miles from Columbus, one of America's safest cities for families with children, Hilliard, Ohio, blends quiet suburban living with easy access to museums, parks and rewarding employment opportunities. Each year, community members flock to the Franklin County Fair, attend summer concerts at Hilliard's Station Park and celebrate the Fourth of July with a stunning fireworks display. Keep reading to find out if Hilliard is the right place for your family.

Hilliard got a somewhat late start when compared to nearby Columbus and Dublin. Although Native Americans lived in the area for many years before European settlers arrived, the village wasn't established until the mid-1800s. Drawn in by the site's convenient location between Big Darby Creek and the Scioto River, John Reed Hilliard purchased a 10-acre plot of farmland in 1852. By 1869, Hilliard had nearly 300 residents, many of whom had moved to the village to take advantage of its access to the railroad connecting Columbus with Union City.

In the 1950s, developers created several subdivisions in Hilliard, causing new residents to arrive in droves. This explosive growth continued when connections to Columbus's public works systems became available in the 1960s, prompting the Ohio Secretary of State to designate Hilliard an official city in 1960. Thanks to improvements in major roadways, including Interstate 270, Hilliard continued growing rapidly in the 1980s.

Hilliard now has a mix of residential and commercial structures, some modern and some retaining their historic charm. Although the city's population grew by more than 30% between 2010 and 2020, Hilliard's past hasn't been completely erased. The old railroad station has been renovated and turned into one of the main attractions in Old Hilliard, the city's historic district.

Between 2010 and 2020, Hilliard gained more than 8,000 residents, increasing from a population of 28,435 to a population of 37,114. Just under 84% of the city's residents are white (not Hispanic or Latino), approximately 5% are Black and another 6% are Asian. More than half of all residents have a bachelor's degree or higher, and nearly 97% have a high school diploma.

When it comes to income and home values, Hilliard residents have the best of both worlds. Although the median household income is much higher than the national median at $96,959, the median value of owner-occupied homes is $254,700. The city tends to attract professional couples and families with children; as a result, only 11.7% of Hilliard's population is made up of residents who are 65 years of age or older.

Although Hilliard has fewer than 40,000 residents, the Columbus suburb has more than 24 distinct neighborhoods. Some of the most popular include Britton Farms, Hilliard Heights, Heritage Preserve, Hampton Oaks and Ballantrae.

With its lush lawns and active community association, Britton Farms is one of the most desirable neighborhoods in Hilliard. When they're not busy, residents enjoy visiting Britton Farms Park, which has a fishing pond, picnic area and several paths for walking and cycling.

Hilliard Heights is a family-friendly neighborhood known for its low crime rates and high level of walkability. Although Hilliard Heights is a quiet community, residents have plenty of things to do in their free time, such as heading to the Olympic Diner for breakfast, grabbing a slice of pizza at Flyers Pizza & Subs or heading to nearby Columbus for a visit to one of the city's world-class museums.

Heritage Preserve is one of Hilliard's newest and most exclusive neighborhoods. Unlike many planned communities, Heritage Preserve was designed to connect residents with nature. Expansive lawns, bike paths, walking trails and multiple conservation areas make the neighborhood look more like a park than a housing development. Although the neighborhood currently consists of single-family homes, the developer has set aside a lot large enough to accommodate nearly 300 apartment units. When it's built, the apartment complex will cater to young professionals looking for easy access to Downtown Hilliard and Columbus.

With its natural beauty and easy access to Hilliard's most desirable amenities, Hampton Oaks is the ideal place to raise a family or enjoy some well-earned relaxation after the kids have moved out on their own. The neighborhood is just a few minutes from a large aquatic center, which features water slides, two swimming pools and a lazy river. Residents of Hampton Oaks also love to spend time at the Scioto River and Griggs Reservoir Park. Fishing, tubing, canoeing and water skiing are just a few of the activities available to members of this community.

The Ballantrae neighborhood sits between Hilliard and nearby Dublin, making it easy to enjoy indoor and outdoor attractions in both cities. Architects and developers worked together to design a neighborhood that combines modern amenities with the charm of an Irish village; as a result, Ballantrae features many stone walls and water features. One of the neighborhood's main attractions is the Golf Club of Dublin, an 18-hole golf course with an on-site pub and indoor practice area.

People in Hoffman Farms enjoy a high quality of life. The community is safe and welcoming, with plenty of opportunities for recreation and relaxation. Residents can enjoy the many parks and trails, or take advantage of the close proximity to Columbus for great shopping and dining options. There are also plenty of job and education opportunities in the area. Families will appreciate the excellent schools and affordable housing. Hoffman Farms is a great place to call home.

With its parks and walking paths, Hilliard is every outdoor lover's dream. Homestead Metro Park has several cycling trails, renovated historical buildings, a playground and a nature center with live animals. Families also visit the park to take advantage of the small fishing lake and picturesque covered bridge. In the summer, Hilliard residents head to Heritage Trail Metro Park to relax and enjoy the water features. This park also has a six-mile trail for walking and cycling, making it one of Hilliard's most popular outdoor destinations. Located on the Franklin County Fairgrounds, the Hilliard historical area has the original railroad terminal and other buildings from the nineteenth and early twentieth centuries.

The nearby Columbus Zoo and Aquarium is the ideal weekend destination for families, as it has more than 10,000 animals, including African lions, Asian elephants, Bornean orangutans, koalas and American alligators. In addition to its animal exhibits, the zoo has multiple amusement rides, two playgrounds and a 4-D theater.

Hilliard has a small-town vibe, but there are plenty of things to do. For new residents, Destination Hilliard is a great place to get information on the city, from a calendar of upcoming events to a list of local restaurants. The Early Television Museum walks you through the history of television broadcasting, including the use of mechanical TVs, the introduction of electronic TVs and the switch from black and white to color in the 1950s. If you need a break, head to Old Hilliard for a bite to eat at Otie's Tavern & Grill, Starliner Diner, Whit's Ice cream or one of the historic district's other eateries.

Columbus also has a vibrant art scene, making Hilliard ideal for families who want the solitude of the suburbs without giving up access to the cultural amenities of a larger city. The Ohio State University's Wexner Center features works by contemporary artists, hosts artists talks and gives students and faculty members from OSU the opportunity to display their art. Downtown Columbus has several art galleries, including Riffe Gallery and Cultural Art Center, both of which highlight works by local artists. If you're in the Short North Arts District, head to The Schumaker Gallery to see a collection of African sculptures that's unlike anything else in the country. If you're in the mood for a larger museum, check out the Columbus Museum of Art or the Center of Science and Industry.

Hilliard residents are employed by some of the largest companies in the United States. Top employers in the area include Verizon, Amazon Web Services, BMW Financial Services, Sedgwick Claims Management and Armstrong World Industries. Many people also commute to Columbus to work at OhioHealth, Nationwide, JPMorgan Chase, Kroger Company and Cardinal Health. The City of Columbus, Ohio's state government and the U.S. federal government are also major employers in the region.

Hilliard is served by the Hilliard City Schools district, which prides itself on preparing students to face the challenges of tomorrow. The district has 12 elementary schools, three middle schools, three high schools and two schools exclusively for students in sixth grade. With more than 16,000 students, Hilliard City Schools is one of the largest districts in the state. Unlike many school districts, HCS focuses on providing personalized education based on each student's goals and abilities. Each school is staffed by highly educated teachers and support staff, giving every student ongoing opportunities for academic enrichment.

Hilliard also gives residents access to many opportunities for higher education and technical training. The Ohio State University has dozens of undergraduate and graduate programs, with academic concentrations ranging from arts management to respiratory therapy. OSU also has several professional programs, including law, medicine, dentistry, pharmacy, optometry and veterinary medicine, giving young adults the opportunity to begin rewarding careers without having to leave the Columbus area.

Our website features the best Hilliard Community real estate search for homes, condos, land and foreclosure properties available. It is the only site you will ever need! It is easy-to-use and updated by the official Realtor®’s database every 15 minutes.

You can save searches, and get daily email alerts of new listings, price changes, sold data, and market reports. Our Interactive Map Search allows you to view properties on a map or refine your search by drawing the boundaries around the area you desire.

Considering selling or refinancing your home? Get an INSTANT property valuation now!

Contact us today to find out how we can be of assistance to you!

The perfect Hilliard family home steps to the park and sports fields. Completely updated, this home offers 2 owner's suites with one on the first floor and the other on t...

Must see to appreciate the quality throughout this custom home. This lovingly cared for home has all replacement Pella windows and doors with built-in shades, water soft...

Welcome home to this impeccably kept one owner home! Enjoy the beautiful natural stone lined driveway as you pull into your new 3 bedroom, 2 full bath; featuring a 4 seas...